Ben Sulayem took over control of motor racing’s governing body just days after the scandal of last year’s F1 season finale, when the sport faced accusations of the title outcome having been manipulated.

The decision by F1 race director Michael Masi to selectively pick drivers to unlap themselves during a late race safety car, allied to the timing of the restart, left a dark cloud over the sport.

Although the FIA ​​promised total transparency from an investigation it launched in to what happened, the lack of depth of its eventual published findings, plus questions about why Masi was not formally interviewed and had been requested to sign a Non-Disclosure Agreement (NDA), left unease that things had not been dealt with as thoroughly as they should have.

Speaking to selected media, including Motorsport.com, at the Abu Dhabi Grand Prix on Friday, Ben Sulayem explained that it was probably not ideal for him to have had to face such a serious matter so soon in to his presidency.

However, he reckoned that major changes he has made within the FIA ​​since have worked in increasing openness of the governing body. He suggests more changes are being made to improve things further.

Asked if the FIA ​​should have done a better job in its Abu Dhabi report and transparency, Ben Sulayem said: “I see your point. But then if you look at the report that we did, with the NDA, that was transparent.”

He added: “I inherited something. And I will say no blame game. But when I got it, I’m just learning more about the transparency.

Ben Sulayem fully understands why there were concerns about the Abu Dhabi report, but believes that now he has been in his job for longer, things have advanced much more. 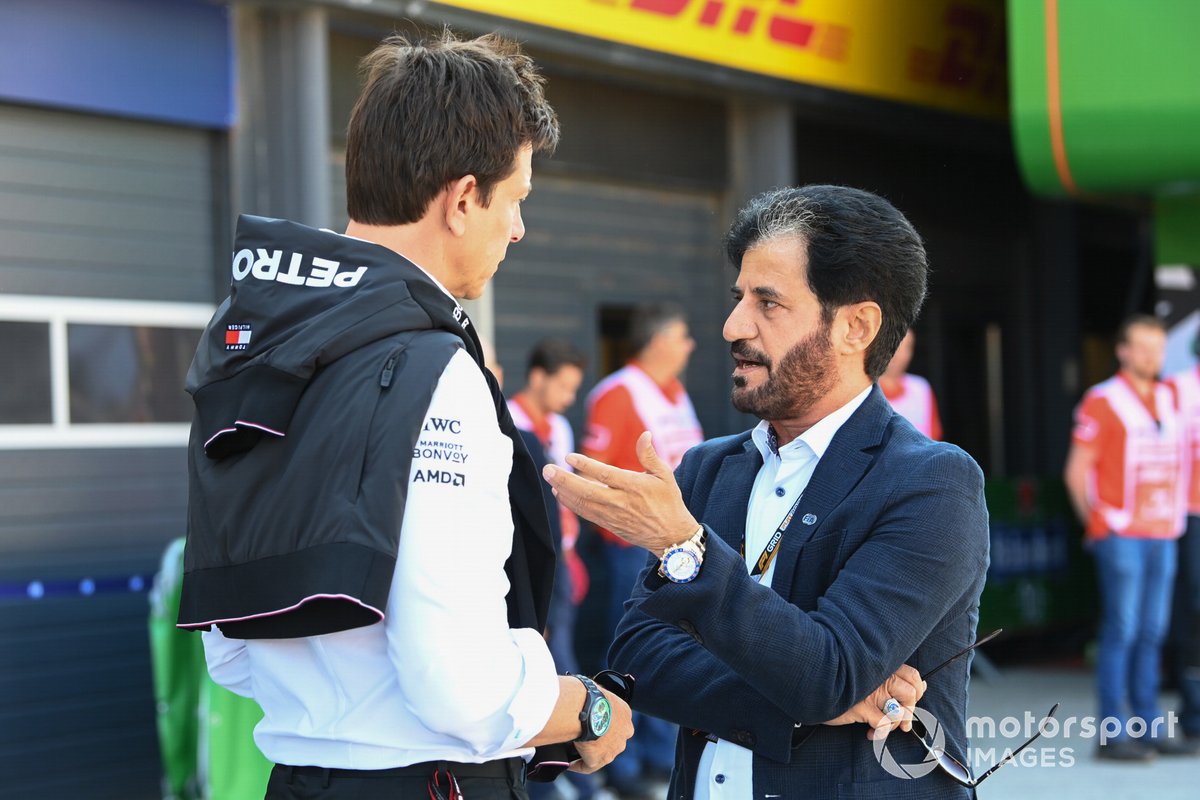 He cites the example of the swift investigation and response to the unease that was caused at this year’s Japanese Grand Prix when a crane was sent out on to the wet track early in the race.

“Now, if you see every time we have an issue: transparency. Go to maybe Japan with the issue that we had.

“We did a thorough report, and then it was on the FIA ​​website before the next race to make sure that we have nothing hanging from there, and that’s after consultation.”

Masi was eventually removed from his role as race director and replaced by a new system that alternated between Eduardo Freitas and Niels Wittich.

Asked if he made the right decision in getting rid of Masi, and if he was happy with the new race directors, Ben Sulayem said: “We are on a learning curve.

“First of all, Michael, I am still in touch with him. Michael has a lot of experience, but maybe I would say, in F1, if you are to do your work, you also have to keep away from a lot of media, because it can honestly get into your mind.

“But the process now that we have for the refereeing, and also for the race directors, is going ahead. And I would say that we cannot rely on just one or two. What if something happens?

“This fast-growing sport, motorsport, and the fast-growing F1, we cannot run it as maybe the original formula. We have to run it as a Formula 1. Believe me. It takes time.

“But I do trust the current ongoing team that we have with the race directors, and also with the stewarding.”